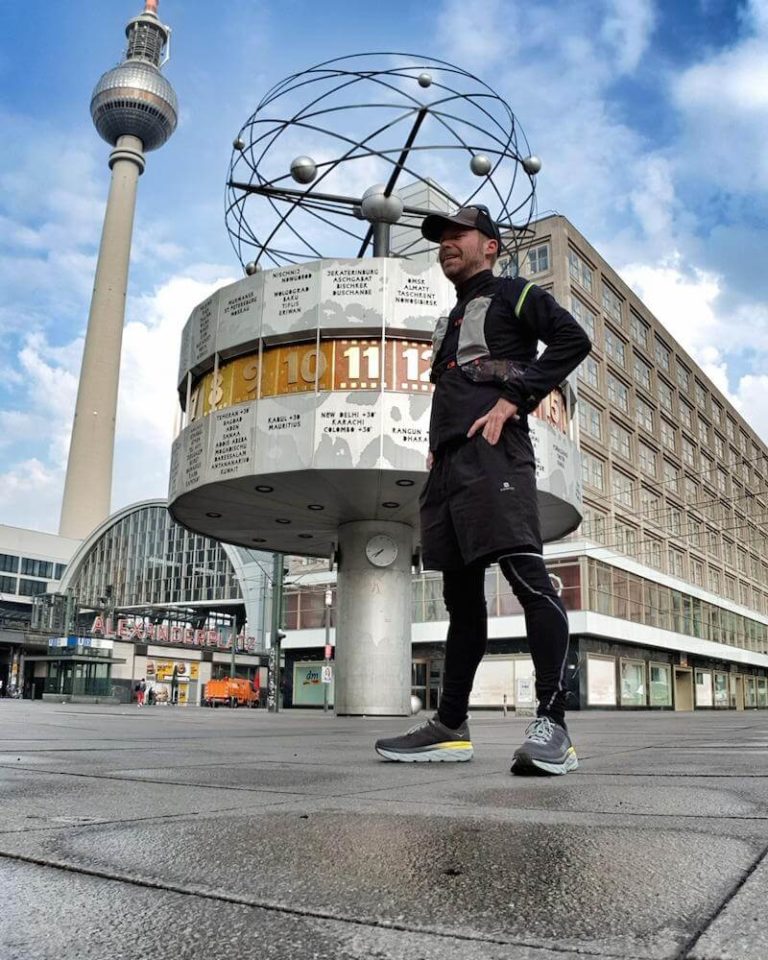 In August of 2019 I set off on an epic journey, to run 300 kilometers in Belarus. It was a challenge to find myself and my roots. Where did I come from, who were my relatives and what made me who I am today? The answers, I hoped, lied along the way from the rural areas to the busy cities.

My great grandparents and my grandfather were from Kažan-Haradok according to the information I have. Why did they leave? What is this village like today? Are there any clues left behind from my family? I wanted to be able to feel and experience a part of my heritage and incorporate this with my passion for running.

I started in Minsk with a few hard core runners and 3 bikers I had met just days before. But the most amazing twist to the story was the introduction to my running partner the bearded runner (Jaŭhen Hucalaŭ) who I would spend the next 9 days together on the road. We had never met in person, only conversing on a limited basis and through google translate over Instagram.

Little did I know that on my search for my grandfather and my great grandparents that I would find a brother instead.

How the project was born

Growing up in St. Louis, Missouri, I felt like I was not from there, that my soul belonged somewhere else. My path led me to Berlin where I distanced myself from my family and my life in the United States.

Each year I would return to visit my parents, and my interest about my family history grew. My dad’s side of the family intrigued me since his parents were both born outside the United States. But where exactly were they from? What traditions did they bring with them? The list of questions only grew longer, the more I tried to trace the family tree.

I have been a passionate runner for many years, with a special interest in endurance sport and adventure. I put my curiosity of my family history together with my passion, and just like that, Running Belarus was born.

The original plan was just me and the open road without the support of anybody or anything. But as my fellow adventure runner Luke Tyburski said ” the real story will be in what you did not plan.”

I never expected to meet any other runners along the way but we were put in contact with a local running club who would spend two half days running with us and following with a support car.

We were joined by American John McTavish on bike for a few few days before he rode another 1300 kilometers on his own adventure through Belarus. We had a film crew from Belsat TV who made a program about #runningtotheroots. They became part of our small family.

On the last day we were awoken my Yura who was a person from Kažan-Haradok who I had been in contact with for many months leading up to the adventure. He wanted to join us on the last day to run with us into his village. He had never run more that 28 kilometers and that day we finished with a marathon!

The story later morphed from one of looking for my paternal family and pushing my physical boundaries  to being in the moment and present with the people, villages, landscape and creating new family bonds.

There are so many stories and impressions to tell so expect the blog to fill up in the next weeks and months!

Click here to have a look at the map!
We use cookies to ensure that we give you the best experience on our website. If you continue to use this site we will assume that you are happy with it. Wir nutzen Cookies auf unserer Website. Einige von ihnen sind essenziell, während andere uns helfen, diese Website und Ihre Erfahrung zu verbessern. Wenn Sie diese Seite aufrufen, sind Sie mit dem Setzen dieser Cookies einverstanden.OkNoPrivacy policy / DatenSchutz