I felt that if there was some way for me to tie my run in with purpose, it would give my journey an extra layer of meaning. It has been important for me to pick a partner in Belarus, that gives back to the community. I decided that I wanted to work with kids, and this could have come in a variety of forms. Through an article that was published about my adventure, a person reached out to me on social media. That is how I learned about a charity organization called Wings of Angels. 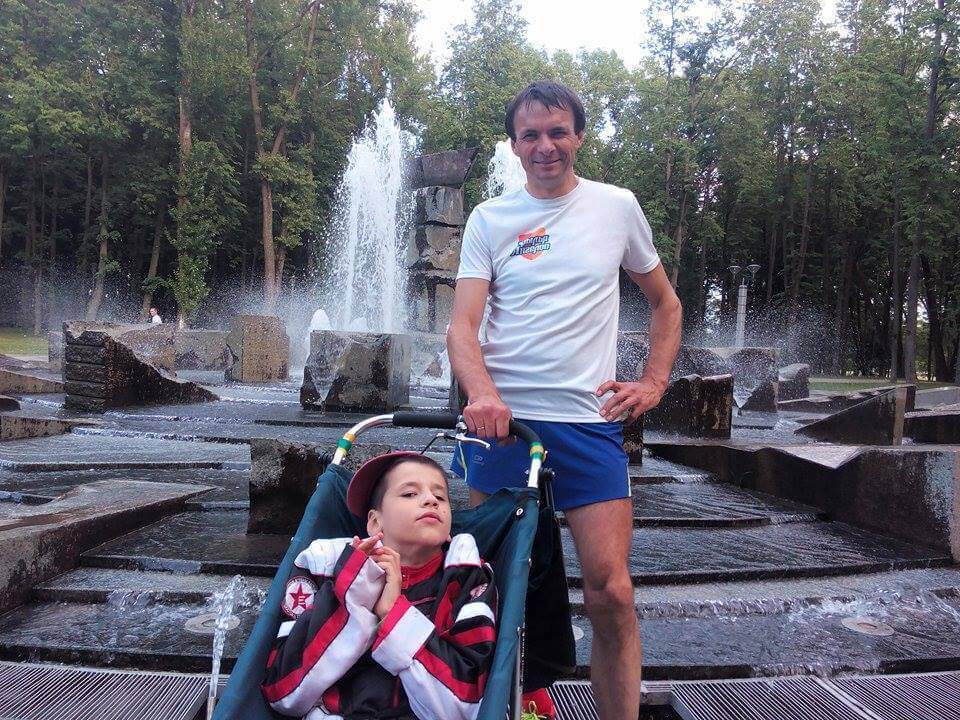 Who are Angel Wings

The Wings of Angels Team was established in 2015 by Dimitry Timashkov, the father of a girl diagnosed with ICP which is a form of cerebral palsy. Not satisfied with the treatment that was prescribed, Dimitry came up with his own solution. He found that by involving Lily in sport that it had extremely positive effects on her condition. Dimitry and his daughter Lily participated in a Minsk Half Marathon and initiated the creation of a group of enthusiasts racing with wheelchairs.

The organization is aimed at integrating children with special needs through sports and providing assistance to their families.The aim is to promote sports as a social activity and to encourages a healthy lifestyle.The goals are to attract funding to purchase racing wheelchairs and other special sports equipment.

Why I chose Wings of Angels

It was pretty clear when I learned about this organization that we had to work together. I was touched that it brought not just children with disabilities and sport together but also it is as much for the children as the adults. Having a child with special needs can be alienating for both child and parent, and I had never thought about this aspect that closely. I was moved that that this organization benefited both and integrated them into the running community in both Minsk and around Belarus..

Working with the Circus Hotel

When I decided to work with Wings of Angels, I contacted my friends at the Circus Hotel to see if they wanted to help support my project. They were very happy to help me by taking on Angels Wings as their next charity project. The goal is to buy a special chair for handicapped children that can go on  and off road. This is a specialized chair being manufactured in France which costs 3,600€. The Circus has committed to raise the money for the chair. I will be doing special events for them and their guests in order to help with the fundraising.